The obedient plant, Physostegia virginiana, is a flowering herbaceous perennial in the mint family. It grows with the same tenacity as its Lamiaceae relatives, spreading rapidly, aggressively, and even invasively when given slightly favorable conditions.

It gets its most popular common name from its obedient nature – namely that its stems can be bent, twisted, and turned and will temporarily retain that position. Its other common name, False Dragonhead, likely comes from its similar appearance to the Snapdragon. Their lovely pink, purple, and white tubular flowers grow on flower spikes similar to Foxgloves, blooming from bottom to top throughout the season. Once established, maintenance primarily involves pruning them back and deadheading them to avoid overrunning the garden or escaping into the wild.

Obedient plants are so easy to care for that they can become invasive under the right conditions. They thrive in moist, well-draining soils that are slightly acidic, such as the marshes, wetlands, and riverbanks of the North American southeast, with abundant direct sunlight.

However, you’ll likely want to keep your obedient plant under less than ideal conditions unless you want to spend most of your precious gardening time tearing it back. Once established, obedient plants spread rapidly and can tolerate anything from standing water to moderate drought.

Planting them in shady areas and keeping watering to a minimum can help keep your obedient plants under control. Early deadheading is advised to avoid them going to seed and spreading even more aggressively. 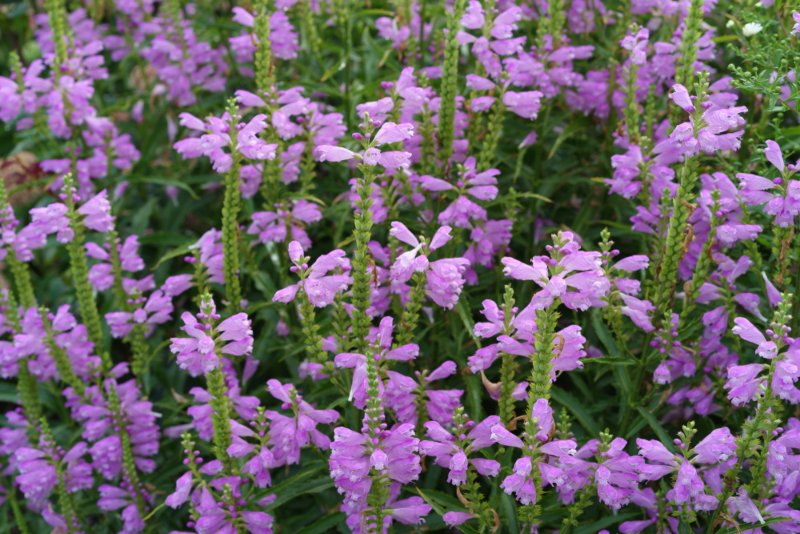 Obedient plants will produce the most pink, purple, and white blossoms when given plentiful direct sunshine. However, this also makes them spread more vigorously, so many gardeners prefer to keep them in partial shade to reduce the amount of dividing they have to do.

The marshy wetlands where obedient plants grow natively may lead you to think that they need a lot of consistent water. You’ll likely be surprised to learn that obedient plants will tolerate a wide range of moisture conditions, including moderate drought.

They do prefer moist, well-draining soil, as many herbaceous perennials do. However, established plants can handle extended periods of drought, especially when dormant and even soggy, poorly draining soils.

Obedient plants are wildly adaptable and grow wild in all but the hottest, driest hardiness zones of North America. They thrive in the wild and domestically in hardiness zones 3 through 9. Obedient plants in the wild grow in wet, marshy areas and soggy riverbanks. They prefer moist, well-draining soils that are slightly acidic to thrive.

But you don’t necessarily want your obedient plant to thrive because a thriving obedient plant will take over whatever space you give it. Obedient plants do just fine in average and even poor soil, from dry to poorly draining.

Obedient plants are not toxic. They do, however, contain external and internal idioblasts, which contain concentrated oils that taste unpleasant to potential predators.

Obedient plants are straightforward to propagate, so much so that they’ve been known to aggressively take over gardens, much like their notoriously tenacious relatives in the mint family. They spread rampantly by their rhizomes and also produce seeds.

You can propagate them intentionally by dividing existing clumps and replanting them elsewhere. Young, tender shoots can be propagated as stem cuttings with some success. Obedient plants also grow well from seeds, which you can collect from the flowers. 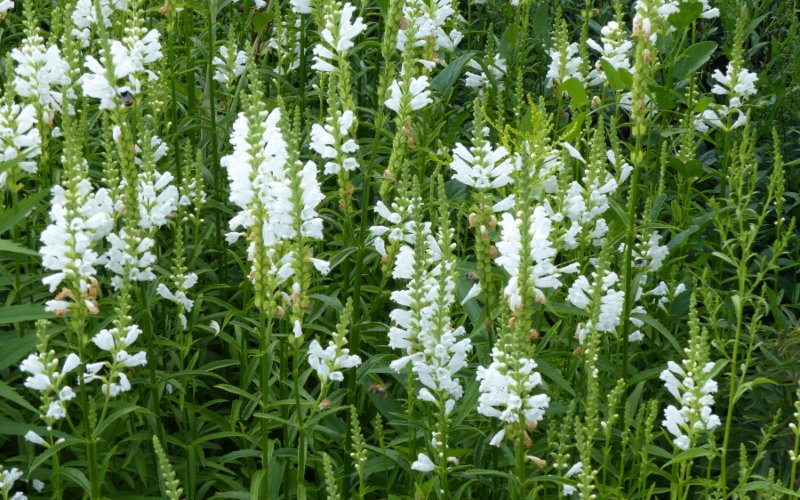 Obedient plant seeds should be started in late winter or early spring, about two months before you would divide the mature plants. Plant in clumps of two or three seeds just below the soil’s surface.

You can transplant indoor seedlings outdoors once they’re a few inches tall. If planting from seed outdoors, be sure to space them about 18 to 24 inches apart to ensure they have plenty of room.

Deadheading obedient plants will encourage them to flower a second time. Deadheading early will reduce the risk of further unintended propagation from seed.

Leave old foliage on your obedient plants through the winter to protect them from frost. Cut it back in the spring to encourage new growth. Limit spreading by tearing clumps out at the roots and dividing them at least yearly.

Tips on Getting Hydrangeas to Bloom

How to Repot a Moon Cactus

11 Perfect Wyoming Perennials for Your Yard (Plus Care Tips)

Why Are My Jade Plant Leaves Turning Yellow? (Solved)